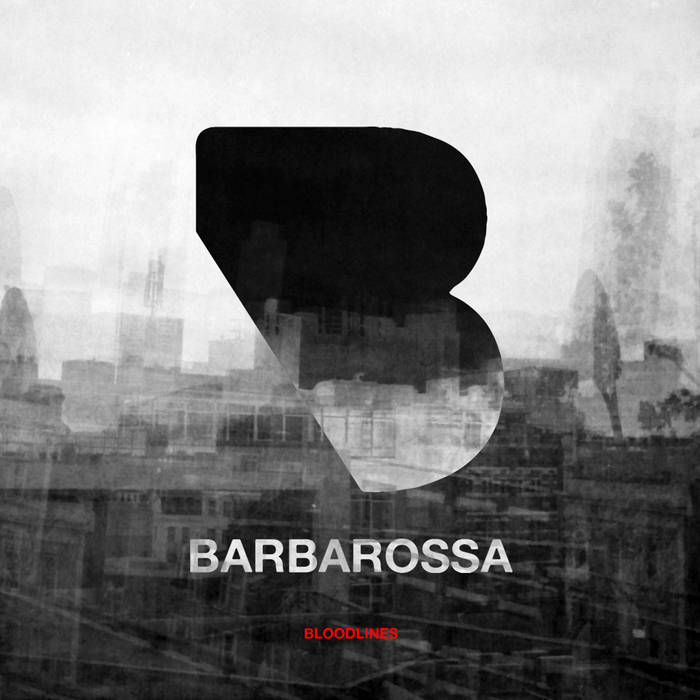 There were plenty of reasons for Londoner James Mathé to simply keep course after the release of his well received debut album, Chemical Campfires in 2008 on Fence Records: a flourishing reputation as one of Britain's most exciting acoustic troubadours, a prominent spot in Johnny Flynn and Jose Gonzales' backing bands, the roar of applause from the audience at a sold-out show at New York's Bowery Ballroom still ringing in his ears. But Mathé had other ideas. “I loved the acoustic scene, but knew it was not all I was about,” he remembers. “So I dug out all my old Casiotone keyboards, drum machines and analogue synths and just started writing.”

Bloodlines, then, is a compelling reinvention and sees Mathé’s emotive missives from young adulthood rewired into elegiac electronic anthems, dusted with huge spectral gasps of reverb and soul-wrenching organ melodies. Unusually for such an electronic album, it was recorded on vintage analogue gear and straight to tape. “I really fancied getting back to basics,” says Mathé “I was tired of trying to iron out all the mistakes in modern production. I wanted to record live to tape, keeping all the mistakes in, warts and all.”

From the sultry ache of opener Bloodline – a nod to Massive Attack's Unfinished Sympathy “about not picking up the bad habits of the generation before you”, says Mathé – to the Pharrell Williams-inspired urban crunch of ‘Turbine’, all the way to ‘The Load’, written when Mathé was indulging in his love of Jurassic 5 era 90s hip hop, Bloodlines is a brilliantly varied listen that pulls and paws at your heartstrings. If there's a gloriously loose, tenebrous feel to songs like the blue-eyed electro-soul ‘Pagliacco’, it might have something to do with the Londoner's organic approach to song writing. “I just sit down with my dictaphone and make sense of what comes out afterwards. The best stuff usually comes when I’m hungover or not really thinking. The minute I try to be clever with words, it just sounds shit,” Mathé laughs. Instead, the album's lyrics burn with a simple, poignant immediacy and Mathé sings them with touching, soulful grace.

Recently signed to iconic London label Memphis Industries (Field Music, POLIÇA, The Go! Team, Dutch Uncles), Mathé is influenced by everything from soul men Stevie Wonder, D'Angelo and Levon Helm to Dirty Projectors and Sufjan Stevens but points to one inspiration in particular for the overall mood of Bloodlines – Vincent Gallo’s cult '90s film Buffalo 66, a twisted romance about a tap dancer who falls for her convict kidnapper – “the end scene which features Yes's Heart of the Sunrise and the scene with Cristina Ricci dancing to King Crimson’s Moonshine at a bowling hall especially,” he notes.

Tender yet triumphant, Bloodlines marks Mathé as one of Britain's most versatile and adventurous artists.

Following support slots with Junip and label mates POLIÇA, Barbarossa will be performing live across the summer including festival slots at Glastonbury and Bestival.

Bandcamp Daily  your guide to the world of Bandcamp

Khruangbin and Greg Foat stop by with their amazing new LPs.