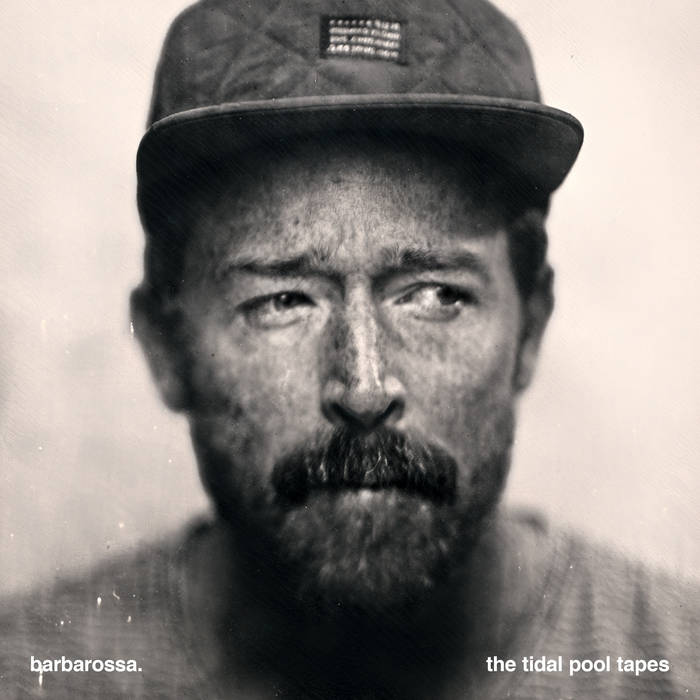 Mathé, along with collaborator Ghost Culture, revisited his back catalogue at his studio in Margate, UK, recording stripped back versions on his battered piano, glass of red at hand, candles burning, returning the songs to their original form, as James explains:

‘The idea for this stemmed from some live sessions I did around the release of the record last year. I really enjoyed playing them in their simplest form and thought it could be nice to record them in this way as alternative versions for people to hear. It’s how I wrote many of the new ones too, just on the piano in my home studio by the sea. I called them ‘the tidal pool tapes’ as I have a tidal pool at the end of my road and swim all year round. It grounds me every time I swim there. That feeling from re connecting with the sea/nature filtered into those songs and these new recordings. ‘

Mathé has been releasing music under the moniker Barbarossa since 2006 having been signed to legendary Scottish imprint the Fence Collective for the albums Sea of Blood and Chemical Campfires and latterly to Memphis Industries for Bloodlines, Imager and Lier. His music has been used to soundtrack a whole host of TV shows including How I Met Your Mother, Suits and Elementary. Barbarossa has supported the likes of José González and Poliça and Mathé moonlights as part of José’s live band.

Bandcamp Daily  your guide to the world of Bandcamp

Featuring Gary Bartz, 5 years of Rhythm Section Intl and an LP of the week by Nicolas Jaar